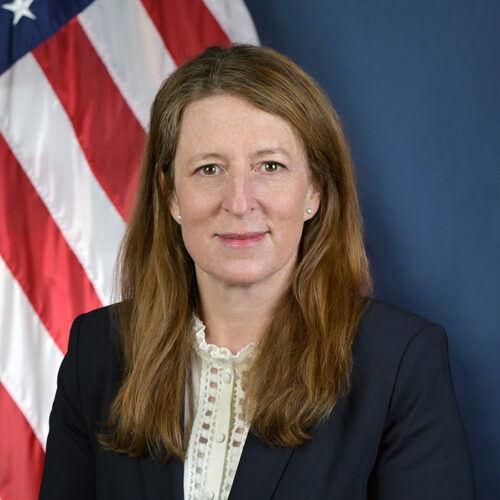 Ms. Hutcheson previously served as the Deputy Assistant Secretary for Safety Policy for the U.S. Department of Transportation in the Biden-Harris Administration. In this role, she led safety policy and coordinated safety efforts across multiple modes of transportation, including COVID response and recovery. She led the development of the first National Roadway Safety Strategy for the United States and helped secure $13B in additional funding for safety programs and initiatives included in the Bipartisan Infrastructure Law.

Before being appointed to the Biden-Harris Administration, she was the Director of Public Works for the City of Minneapolis and the Transportation Director for Salt Lake City. Robin was also a consultant for fifteen years prior to joining public service and has worked throughout the western United States, London, and France. Robin served for seven years on the Board of Directors for the National Association of Transportation Officials (NACTO), most recently serving as its President. She believes deeply in collaboration, partnership, and communication and brings these values to her daily work.